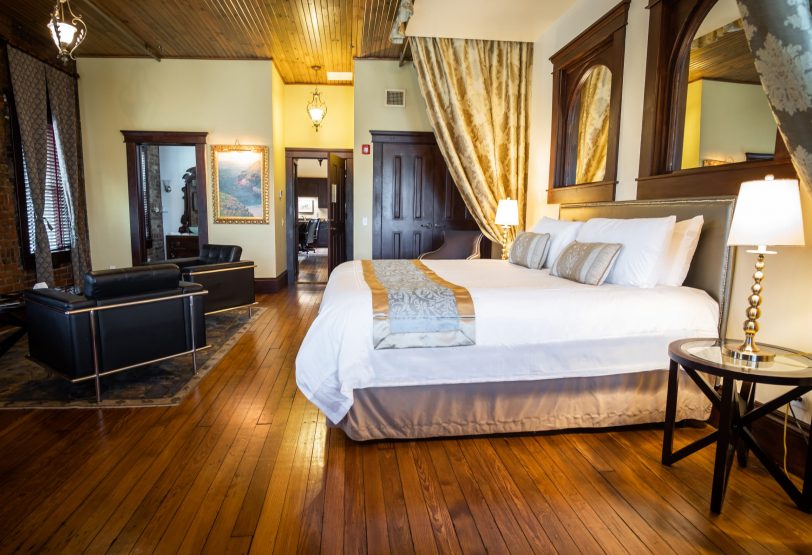 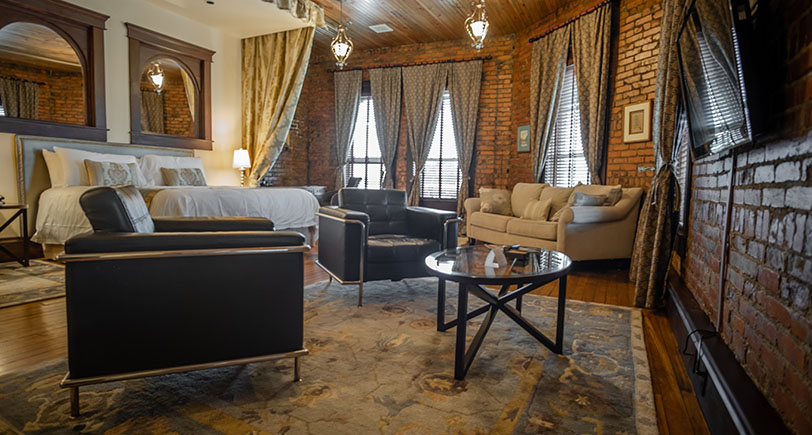 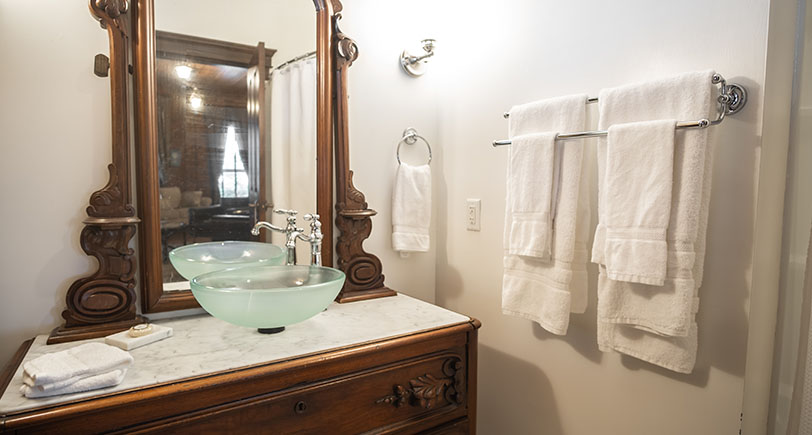 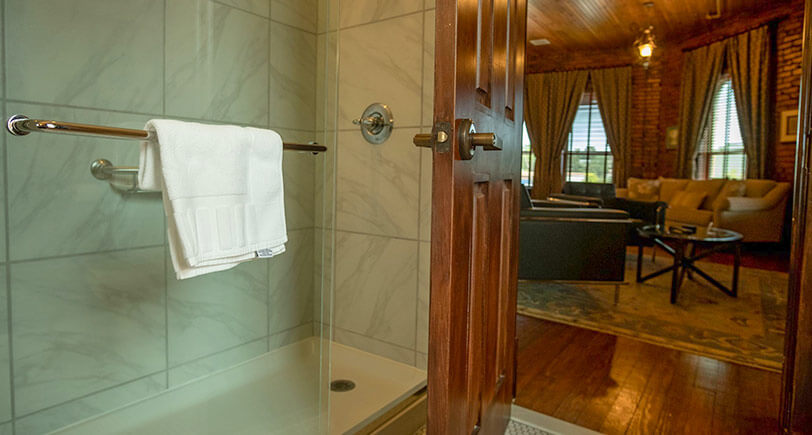 Born and raised near Ripley, West Virginia, Col. Riley was admitted to the Bar in January of 1869. He proceeded to hold the Deputy Assessor, Deputy Clerk of Circuit Court, Treasurer, and Prosecuting Attorney positions for Jackson County. He was elected delegate for the State of West Virginia and was a member of the Fraternity of the Masons, installed as Grand Master for the West Virginia Chapter in 1881.

Col. Riley moved to Marietta in 1882 to continue his law practice. He was a member of the Board of Trade, Director of Citizens National Bank and Chairman of the Republican Executive Committee of Washington County, Ohio. The Colonel built many beautiful structures in the Marietta area, including his residence on Harmar Hill named “Orchard Place”, Tiber Way and The Hackett Hotel. 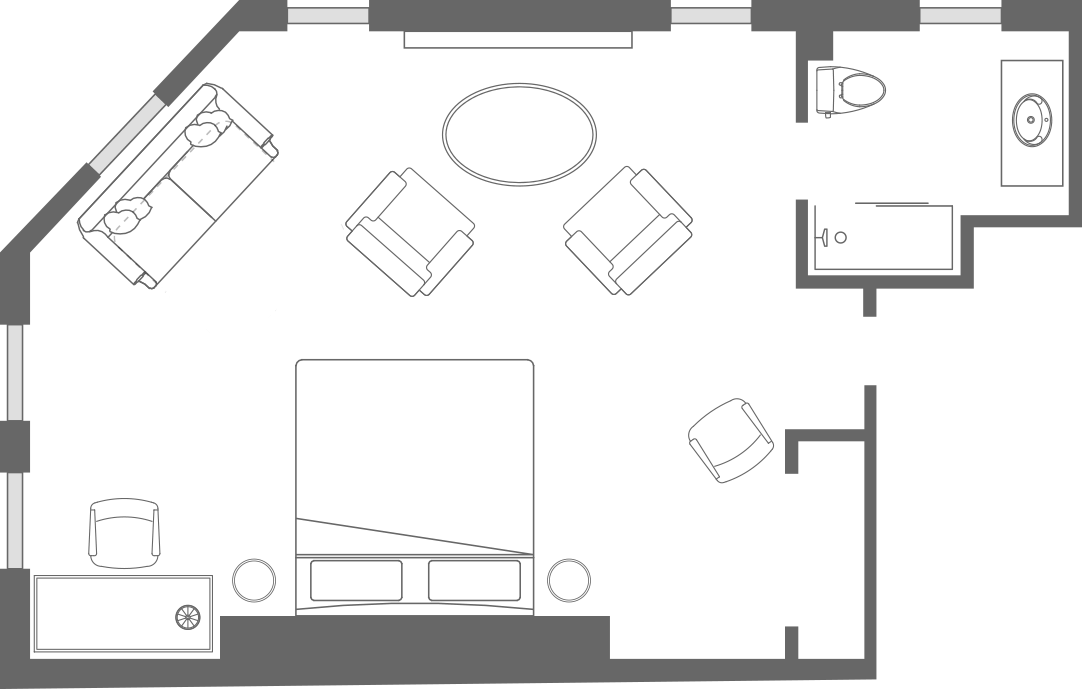 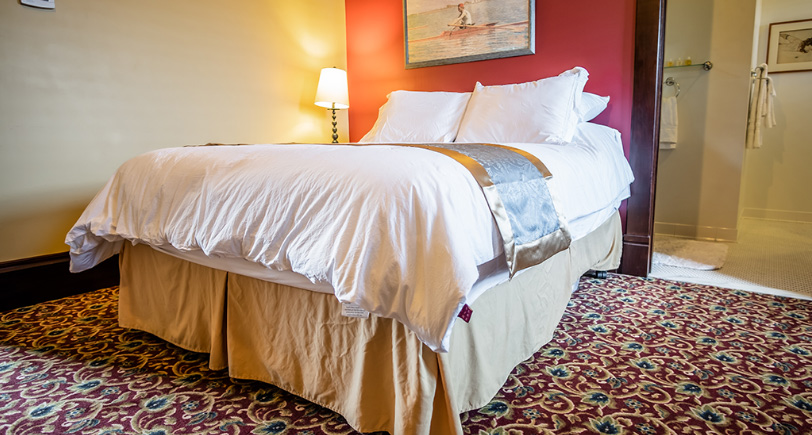 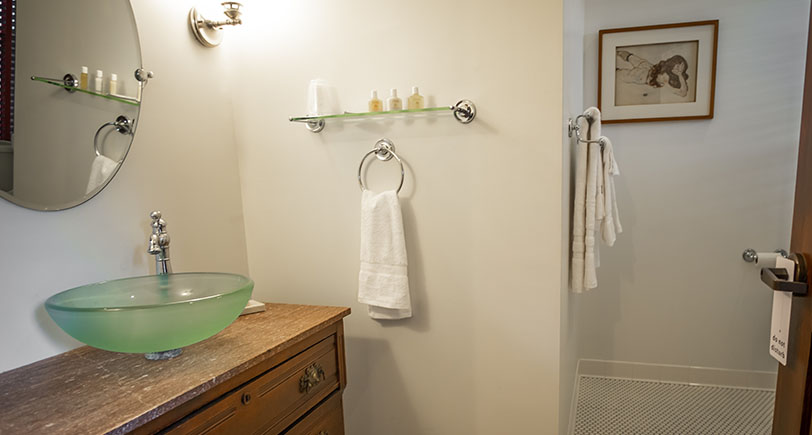 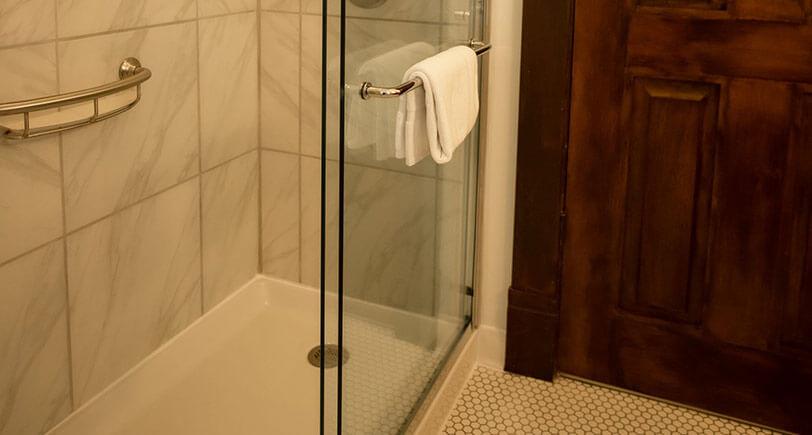 Joseph Barker was born in New Market, New Hampshire on September 9, 1765. He attended Phillips Exeter Academy of New Hampshire and became a Housewright, learning the carpentry trade from his father. He traveled to Marietta in a boat he built himself, along with his father in law and a friend.

Col. Barker built many of the finest homes in the Marietta area, including the Paul Fearing home, the William Skinner home, the Rev. Daniel Story home and the original Blennerhassett Mansion, along with several commercial structures. He also drew plans for the first Courthouse, built in 1822. In 1806 he was contracted to build 15 boats by his third cousin, Aaron Burr, to be used during the infamous Burr-Blennerhassett expedition. He is considered to be the first master builder-architect of the Northwest Territory.

Col. Barker held the positions of County Commissioner, Associate Judge, Colonel in the State Militia, and State Representative. He also produced a volume of manuscripts describing the early days in and around Marietta to be titled, “Recollections of the First Settlement of Ohio.”

recommended for two, can sleep four 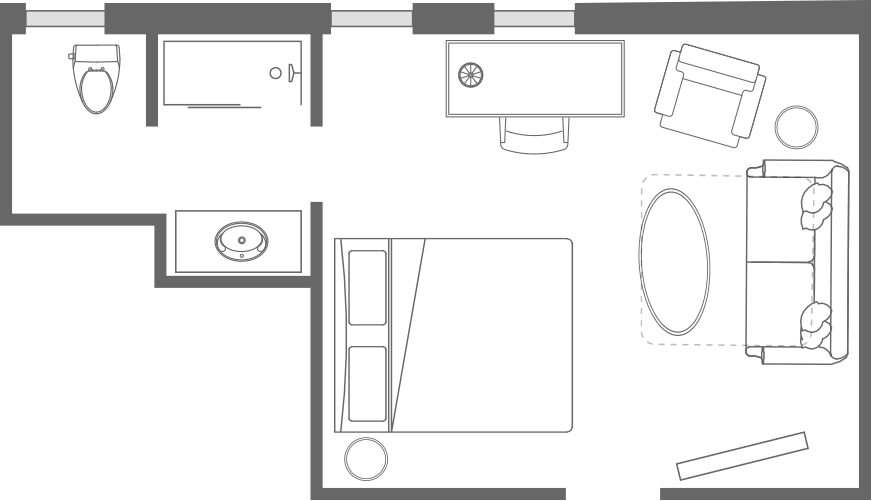 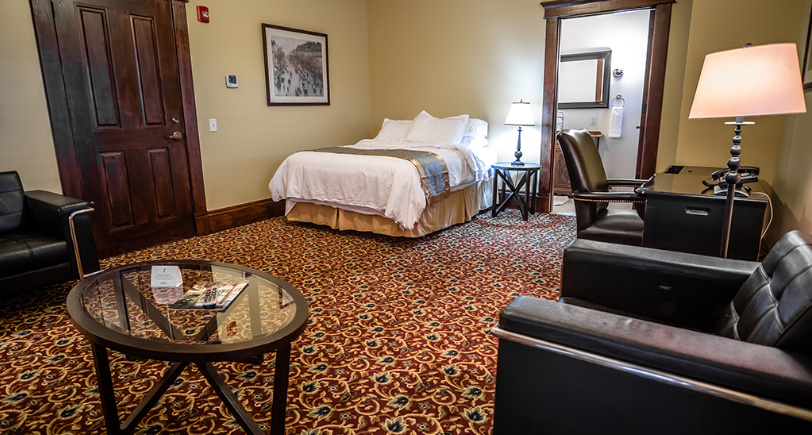 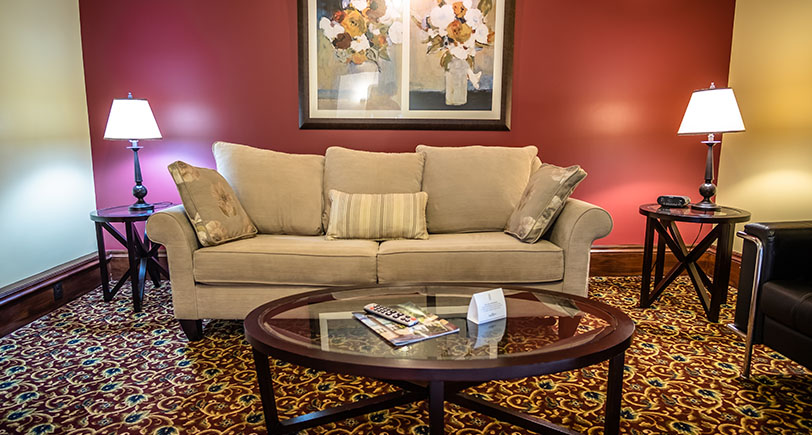 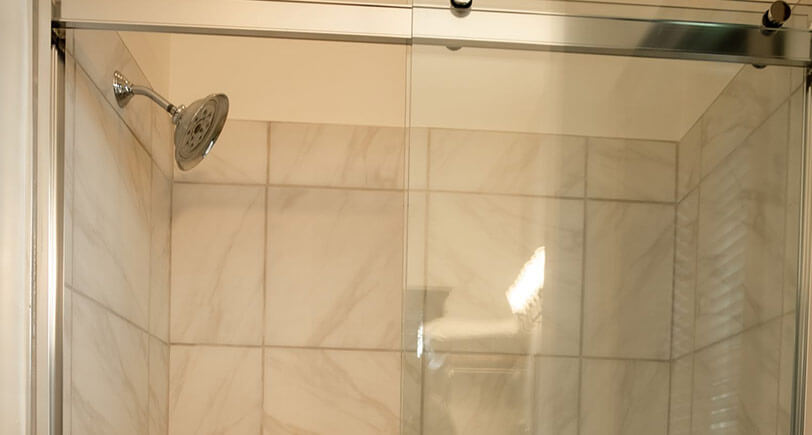 Born in Methuen, Massachusetts in 1783, Hildreth studied at Phillips Exeter Academy and the Franklin Academy. He received his diploma in 1802 from the Medical Society of Massachusetts, after attending lectures at Cambridge University. He traveled westward in 1806 on horseback to the Marietta settlement.

Dr. Hildreth was integral in the treatment of the numerous epidemics that swept the Ohio River Valley, saving the lives of thousands. He was elected to the state Legislature where he succeeded in having passed the first law regulating the practice of medicine. Dr. Hildreth’s research included botany, biology, geology, physiology of the human body and natural history. His published drawings of plants and insects showed artistic genius and accurate observation. His 4,000 piece specimen collection was dedicated to study at Marietta College.

recommended for two, can sleep four 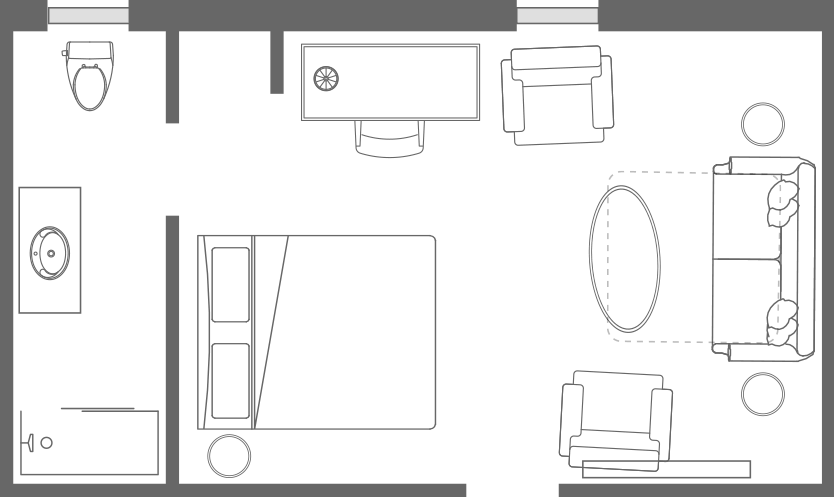 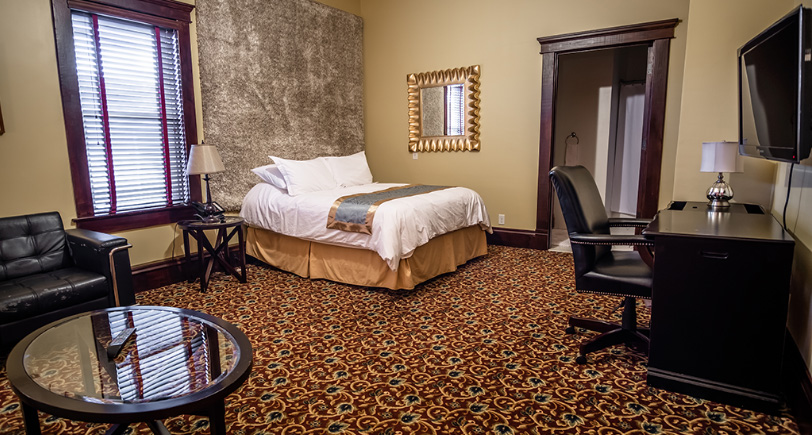 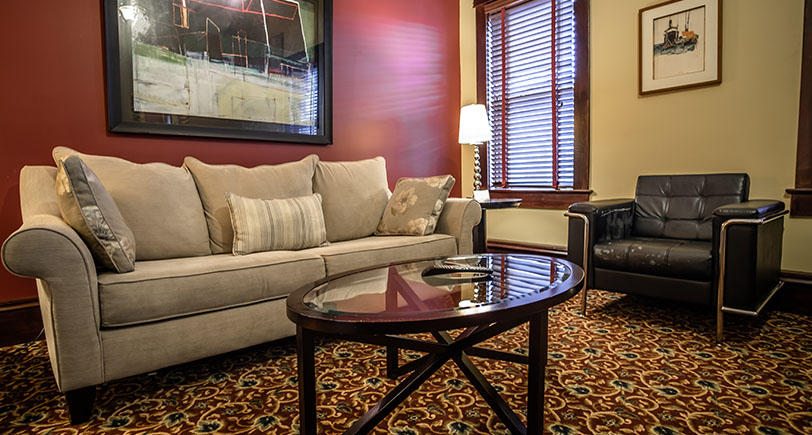 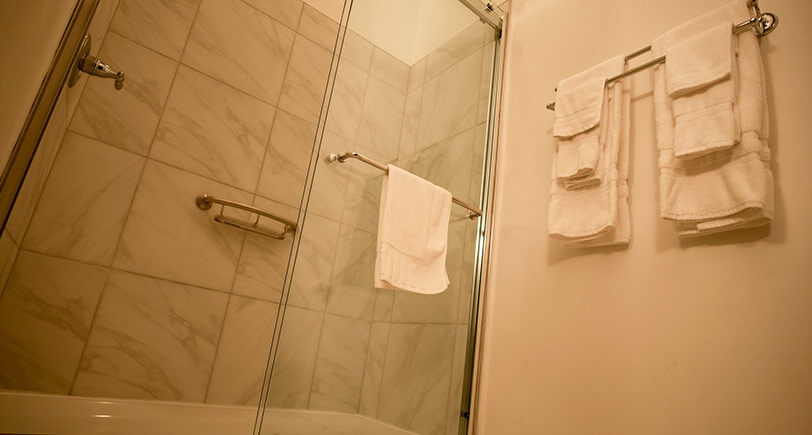 Born in Pennsylvania in 1737, Isaac Williams grew up to become an Army Ranger in the Frontier by the age of eighteen. His service as a spy and courier coincided with the French and Indian threat to the success of the Ohio River Valley settlements. As the hostile environment calmed, Williams made annual hunting expeditions to the Ohio River Valley and accumulated large tracts of land.

Williams met a young widow named Rebecca Tomlinson Martin in 1775, who would become his wife that same year. Eventually Williams was afforded the 400-acre Tomlinson tract in 1787. Isaac, Rebecca and their daughter, Drusilla, founded the first permanent settlement across from the mouth of the Muskingum, which still bears their name, Williamstown, West Virginia.

During the famine of 1789–1790 Williams supplied his pioneer neighbors with life sustaining corn. Although he was urged to raise his price to $1.25 a bushel, Williams replied “Dod rot ‘em,” and portioned the number of bushels to the family size, charging no one more than 50 cents per bushel. His generous and compassionate nature allowed the early settlers of Marietta to live until their own crops could sustain them. 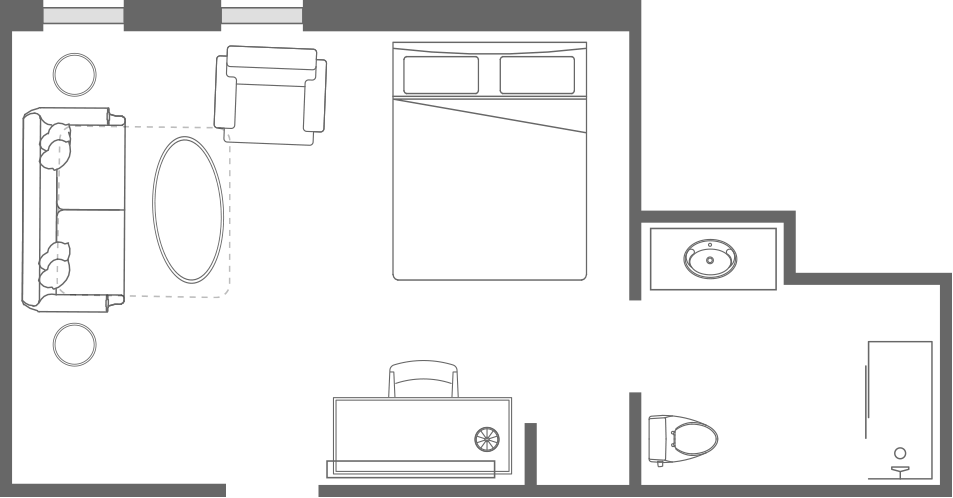 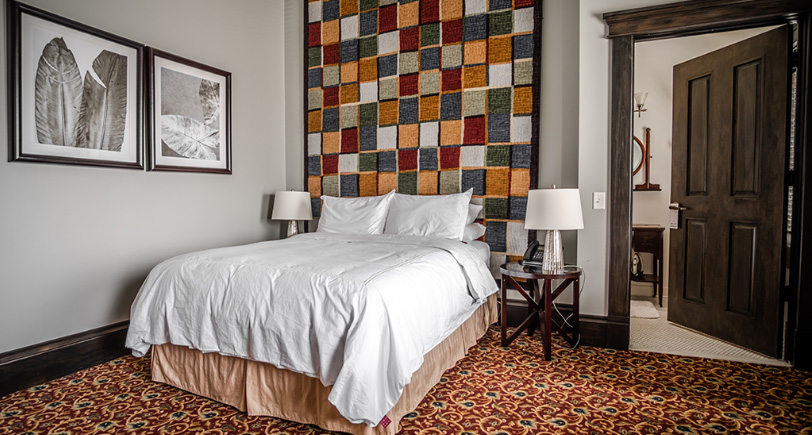 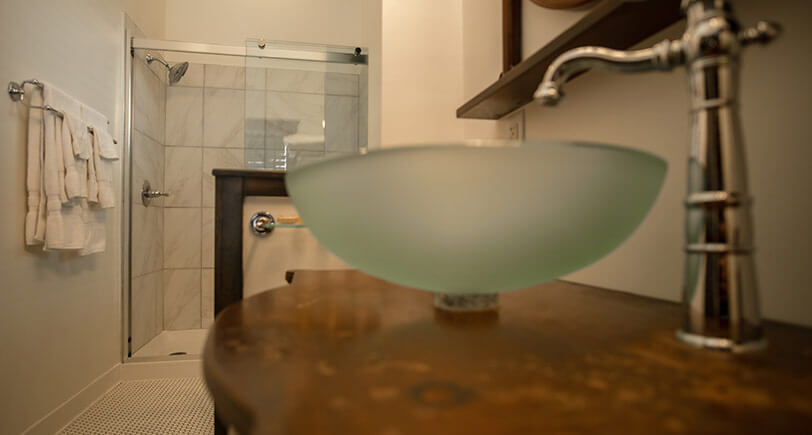 Nahum Ward moved to Marietta in 1811 from Massachusetts. Ward was influential as a prominent land speculator and philanthropist. At one point he was the Treasurer and controlling shareholder of the Ohio Company and served as Mayor from 1833 through 1836.

Ward traveled to Scotland and convincing a colony of “canny people” to move to Marietta in 1823, just in time to be stricken by a terrible fever epidemic. Much to his credit, he provided care, shelter and medical attendance to the new citizens. Ward rented and improved his properties to ensure the Scottish settlers made a home in the area. In no case did he ever foreclose on a property.

Ward’s home was the social activity hub of its time. It was the most elegant residence in Marietta. He hosted grand receptions for the Marquis de Lafayette in 1825, and John Quincy Adams in 1843.

In 1857, at an out of pocket cost of $25,000, Ward erected the First Unitarian Universalist Church of Marietta. He sold the church to the congregation for $1.00. Nahum Ward’s contributions to the agricultural development of Washington County were invaluable, and sustained the area for many years. 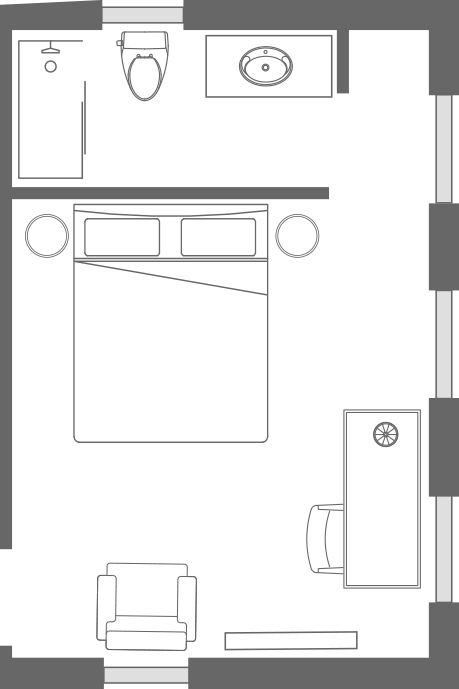